If you love comedy, Warren Station is the place to be this summer.

Warren Station continues its tradition of bringing stand-up comedy to Keystone with three shows this summer. Warren Station has partnered with Comedy Works (Denver) which ensures all acts are both professional and hilarious. Even better, these shows are affordable. Tickets are just $15.00 in advance, and for those who aren’t planners, day of show is only $20.00. No drink minimums are required for ticket buyers, a rarity in the comedy world!

Summit County loves comedy, but shows can be scarce. If you are interested in comedy shows, make sure to check out CO.Bar as they host shows monthly. Also, the Silverthorne Pavilion hosts an annual Valentine’s Day show. These are some of the only other venues in the County that offer comedic entertainment .

Mark your calendar for June 20th, July 18th, and August 22nd ! Three affordable shows at Warren Station, and some of the best comics in the state. For more information and tickets, visit the warrenstation.com events calendar. 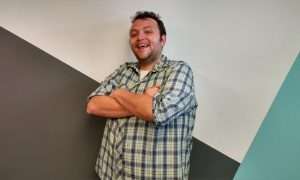 Headliner: Sam Tallent is known for whip-quick wit and rollicking improvisations. He is one of the sharpest, most original rising talents in comedy today. Sam has worked alongside many of the biggest names in comedy, including Dave Chappelle, Hannibal Buress, and TJ Miller. Sam regularly headlines his hometown club, the legendary Denver Comedy Works. His writing has been published on VICE.com. He lives in Las Vegas with his wife and his dog.

Opener: Zach Reinert is a comedian out of Denver, CO. He has performed at the High Plains Comedy Festival, Beast Village Comedy Festival, Hell Yes Fest, and many more. He has also been named Funny Person of The Week by Brightest Young Things. 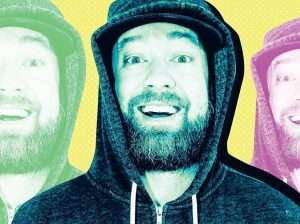 Headliner: Brandt Tobler is originally from Cheyenne Wyoming. Brandt Tobler is a stand-up comedian, author, and actor. Currently living in Denver, Brandt has toured overseas performing for our troops. He has been featured on Comedy Central, Fox, and ESPN. He has recorded two CD’s “Token White Boy” and “Ramblin’ and Gamblin.”  Brandt also hosts the award winning podcast “The 31″. Brandt’s best-selling memoir “Free Roll” was released in the summer of 2017.

Opener: Geoff Tice is a comedian based out of Denver, Colorado. He is a regular at Comedy Works and has performed multiple times at SF Sketchfest and High Plains Comedy Festival. 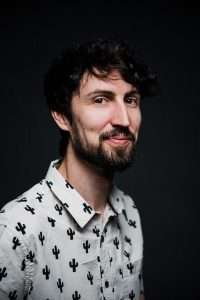 Headliner: David Rodriguez burst onto the Colorado comedy scene by winning Denver Comedy Works’ prestigious New Faces Competition. Previous winners include Adam Cayton-Holland and Josh Blue. In 2016, he proved it was no fluke by taking 1st place in the Stand-up Showdown at the Denver Improv. In 2017 he won the Comedy Works’ Funny Final Four. He has been recently featured on NPR for his stand-up.

Audiences of all ages and backgrounds respond to his vibrant comedic style. David mixes story-telling with insights into being a responsible young parent living in a generation where growing up is generally frowned upon.

Opener: Mike Hammock- You always know where the line is because Mike Hammock is standing on it. Mike combines edgy humor with a good natured broad appeal that’s earned him Colorado’s top spot as Comedy Works’ 2018 New Faces Contest Winner.

A TASTE OF KEYSTONE- 3 NOT TO MISS FOOD AFFAIRS

Three food-focused events come to Warren Station this winter! From beer dinners to gumbo cookoffs, Keystone has an event for it. ...
Read More
Join our Newsletter
InstagramFacebookTwitter
$75 – $140
$65 – $120
$5 – $12
View Calendar