Join us at Keystone Resort and learn what it means to have a bellyache.

That’s right, our comedians will leave you in stitches, (not literally). Is there a better way to end a day on the slopes than with some hilarious entertainment in the village with your friends and family? Only with one of our legendary cocktails served throughout the entire event! Don’t get “laughed” out. 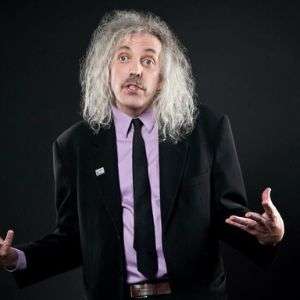 John Novosad is a stand-up comedian based out of the Comedy Works in Denver, Colorado. John grew up in Boulder, Colorado. He’s performed in clubs, theatres, and bars across the country for over thirty years.

Making his network television debut on The Late Late Show with Craig Ferguson, John followed that up with a second performance on the Ferguson show. He’s also appeared on Bryon Allen’s nationally syndicated Comedy.TV.

John has toured extensively over the years and continues to do so. A favorite at Denver’s Comedy Works, John’s disarming presence and sharp wit create a versatile and engaging performance every time!