“Warren Station COVID Comedy Series” – Warren Station and Comedy Works (Denver) have partnered to bring comedy back to the high country this fall! Join us to witness some of the top comics in Colorado right in your backyard of Keystone.  Tonight’s opener will be Nora Lynch opening for Phil Palisoul, as the headliner.  Side note, he’s also her husband.  What better way is there to spend your Saturday night than relaxing with a few beverages and fantastic entertainment? Get your tickets today at warrenstation.com!

$25 Advance; All seating is reserved table seating, please purchase tickets with your group.

Seating changes are not permitted day of the show.

No ticket sales at the door. 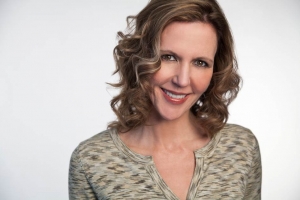 Nora Lynch – Nora has been in comedy for more than 20 years. As a standup, she’s made a number of TV appearances, including VH1’s Standup Spotlight, A&E’s Comedy on the Road and VH1’s Fools for Love. She works clubs, cruise ships and corporate events.    An accomplished TV writer & producer, Nora has written for all the broadcast networks, ABC, NBC, CBS & FOX, as well as major cable networks, including Comedy Central.

She lives in Denver, CO with her husband, Phil Palisoul, Professional Comedian, and their rescue cat, Darla. 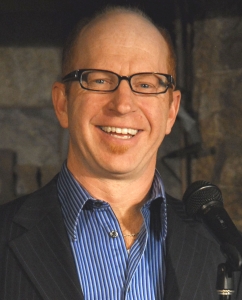 Phil Palisoul – Phil Palisoul has made his living as a comedian for 25 years. In that time, he’s been all over the world, performing in such far flung places as Hong Kong, China, and Juno, Alaska. He recently toured Afghanistan to perform for the troops with Comics on Duty. He’s worked with and won the respect of some of the biggest names in comedy, like Jerry Seinfeld, Drew Carey and George Lopez. His list of corporate clients is long and illustrious and includes GMC, Coca-Cola, and IBM.

Phil has made dozens of TV appearances, including The Tonight Show, The Late Late Show, two seasons of Last Comic Standing and Comedy Central’s Premium Blend. Phil has been featured twice at the prestigious Just for Laughs Comedy Festival, and took first place at The Great American Comedy Festival, in Johnny Carson’s hometown of Norfolk, Nebraska. Phil is also proud to be a part of Laughs for the Troops, a not for profit dedicated helping vet with PTSD and TBI.

Having performed for countless clubs, corporations and cruise ships, Phil is comfortable in any venue. From funky barrooms to luxury theaters, small rooms, big rooms, no room at all – Phil’s been there/done that – and done it well. Alongside his successful standup career, Phil worked as a TV writer for a number of years in LA. He wrote for shows on every major network, as well as Comedy Central.

Phil divides his time between traveling a lot, staying home in Denver, CO as much as he can and playing with his cat, Darla and his wife, Nora Lynch.

All events are subject to change.  Pets are prohibited at all Keystone Events.