Warren Station and Comedy Works (Denver) have partnered to bring comedy back to the high country this winter! Join us to witness some of the top comics in Colorado right in your backyard of Keystone. AJ Finney will headline the show with Jordan Doll serving as the opening act.

Seating is all general admission, first come first serve. All attendees must be at least 18 years old. 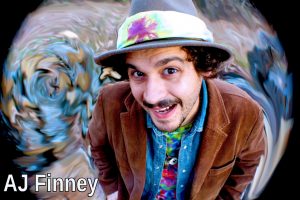 AJ Finney – Stylistically manic, artistically brilliant, AJ Finney is an eclectic Midwesterner with a passion for the psychedelic scene of the Sixties. Comedy, jam bands and Volkswagens — that’s him. He’s an eco-friendly, improvisational, sometimes philosophical, patchouli-soaked quipster. AJ’s organic approach is refreshing and his poetic stream of consciousness style makes for a colorful and unforgettable comedic experience. His audience (much like the Deadheads) are finding him through alternative venues such as music festivals, head shops, and record stores. In 2015 AJ joined TJ Miller on his Meticulously Ridiculous tour. In 2014 AJ was crowned “Best of the Midwest” winner at Gilda’s LaughFest in Grand Rapids, was featured on the FOX television show Laughs, and was one of the 100 performers chosen for Season 8 of NBC’s Last Comic Standing. In 2013 he was a semifinalist in the Comedy Central talent search Up Next, as well as a finalist in the 2011 San Francisco International Comedy Competition. He was voted “Best in Fest” at the 2011 Detroit LaughFest and was a finalist in HBO’s Lucky 21 comedy competition. AJ is an effective and engaging storyteller with a rhythm that quickly pulls you into his world. You’ll laugh until you leave and then later you’ll laugh again. 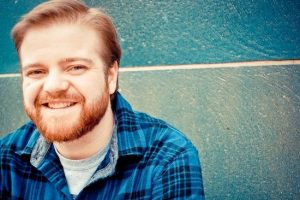 Jordan Doll- Born in the mountains and lured to the city by the bright lights and savory aromas, Jordan Doll is a writer, actor and stand-up comedian from Denver, Colorado. He can usually be found cracking wise up and down exotic Colfax Avenue or at Comedy Works where Jordan is a regular perfJORDmer and a finalist in the 2012 New Faces of Comedy contest. Jordan’s Jokes are safe for human consumption and are guaranteed one hundred percent hilarious, delightfully outlandish, and chock full of all the monsters.