Warren Station and Comedy Works (Denver) continue to bring laughs to the high country! The headliner is the hilarious Clinton Jackson. Is there a better way to end a day out on the slopes than with some hilarious entertainment in the village with your friends and family? Don’t get “laughed” out.

We offer 2 different types of seating, reserved table seating with your party (buying all your seats at once) or GA (general admission) stadium seating up front.  If you are seeking reserved table seating, please purchase tickets with your entire group.  We can accommodate 2 top reservations and up to 12 top reservations. Seating changes are not permitted day of the show.

Doors are at 7:00 pm, show starts promptly at 8 pm. Please arrive prior to 8 pm so as to not disrupt the show. We will take a quick 15-minute “Belly Break” intermission following the opening comedian. Get a drink, grab your seat, and settle in for 1 full hour of comedy with the headliner.

About the Comedian: Clinton Jackson 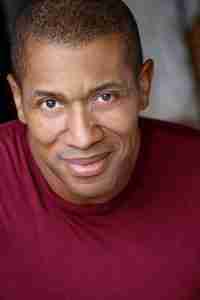 Born and raised in Oakland, California, Clinton Jackson is the youngest of 3 and the only son. An imaginative child inclined to perform, Clinton stood empty-handed at “Show & Tell”, told his jokes, and officially claimed his identity as a stand-up comic at the age of 9.

He has appeared on many stand-up comedy television shows including his own stand-up special “Comedy Central Presents- Clinton Jackson” and a guest appearance on “The Late Late Show” on CBS.

Clinton has recorded and released three full-length comedy CDs “Nuff Said”, “Do You See The Ducks Now” and his latest offering, “Soup Pinata”, which he calls “some warm, splashy, tasty time inside my mind”….  are currently streaming across various platforms and available for purchase via download.

With what one casting director called “a natural ability to connect”, Clinton was cast to star in numerous national commercials including Foot Locker, Century 21, JBL, JEEP, Mitsubishi,

SAN FRANCISCO CHRONICLE “On stage Clinton Jackson moves as if he were in a boxing match delivering material that is not only hilarious to hear, but brilliantly visual as well” He is good-natured, clever, and engaging with a unique point of view, earning him the respect of his peers and giving him a broad crossover appeal. “