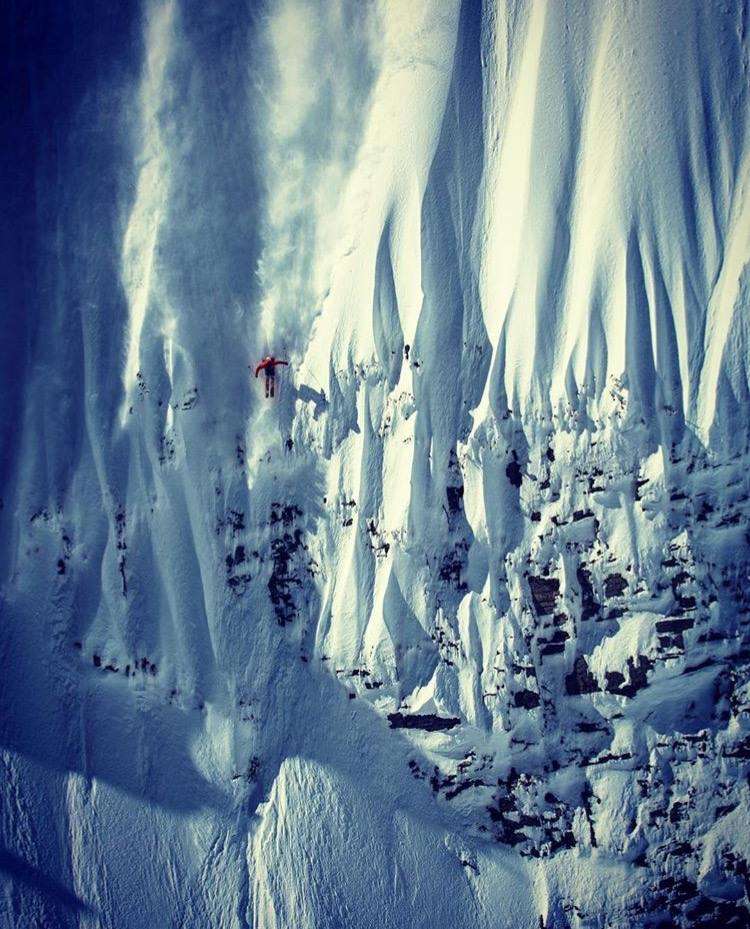 In a lineage of tradition that shows no signs of slowing, Level 1’s 17th feature film ‘Pleasure’ is perhaps some of the team’s best work yet.

Saturday, November 12th, Warren Station will be summoning the snow gods and celebrating the start of the 2016-2017 ski and ride season! “Take Two” of the Get Stoked Winter Film Series will wow audiences with Level 1’s Production, PLEASURE ! Level 1’s crews spent 6-months during the winter of 2016 following the most creative, talented, and hardworking skiers in the business around the world in search of what makes them feel good, and the official title for the 17th annual feature film will give you a taste of just that. Pleasure. The night is sure to fulfill the stoke with a two movie package including opener – Good Company’s Vice Versa – Tom Wallisch and the Good Company crew return with their first full-length film, Vice Versa featuring world class urban, park and backcountry skiing, all their trademark fun style. Come along as they travel throughout the US, Japan, BC and Quebec to showcase skiing in the best way possible. Following Vice Versa, Pleasure will complete the night, so grab a friend and come on out and help us praise Ullr and maybe even show off your snow dance.

About Level 1’s PLEASURE:
It feels good. Slamming into concrete walls, risking the backcountry unknown, being broke on the road… Some would call it hedonistic behavior, we call it living the dream, and this cast of characters delivers a vibrant depiction of this so-called sport of skiing. With a local tourist mentality, the simple joys are found near and far. From India, Switzerland and Japan, to British Columbia, Washington DC, and Alaska, it’s business in the front, party in the back, and no one is phoning it in. Level 1 continues to surprise with another must watch ski film in a lineage of classics, for your viewing PLEASURE.

Pleasure has been well received from throughout the industry:
“(Pleasure) should be considered mandatory viewing this season for all ski movie fans. Combining artistry, athleticism, creativity, and a thoughtful theme carried throughout, it’s as tight and as entertaining as a ski film can get. But it’s also propped up with no ego; just having fun and skiing with your friends. Though it’s a simple concept that’s difficult to translate to film, Berman and fellow producers Freedle Coty and Jonny Durst succeed in spades.” – Matt Hansen, Powder Magazine
“It seems year after year Level 1 steps up their films and Pleasure is no exception. This film is pure good times with great skiers filmed in unique locations. I’ve rewatched the film five times.” – Mike Rogge, Outside Online
“Damn, it’s a beautiful example of ski filmmaking. I was really impressed last year by the quality of Small World’s production and Level 1 have taken another step up here.” – Adam Spensley, Newschoolers.com

“We really didn’t know the film would be this awesome, this unique, this crowd-pleasing.” – Freeskier Magazine

Dollar dogs, New Belgium Beer and Red Bull will be in the mix and New Belgium will be giving away a pair of RMU skis to one lucky attendee. In addition, giveaways including concert tickets, festival and lift tickets are just part of the mix. Tickets are available online and are a “Get Stoked” price at $10.00 per person and free for ages five and under. Tickets available at: www.warrenstation.com in advance. Reservations are highly recommended. General admission seating. Tickets, if available at the door, will be $12.00 per person while five and under will receive free admission. Doors open 5:30 // movie starts at 6pm

Buy your tickets in advance!