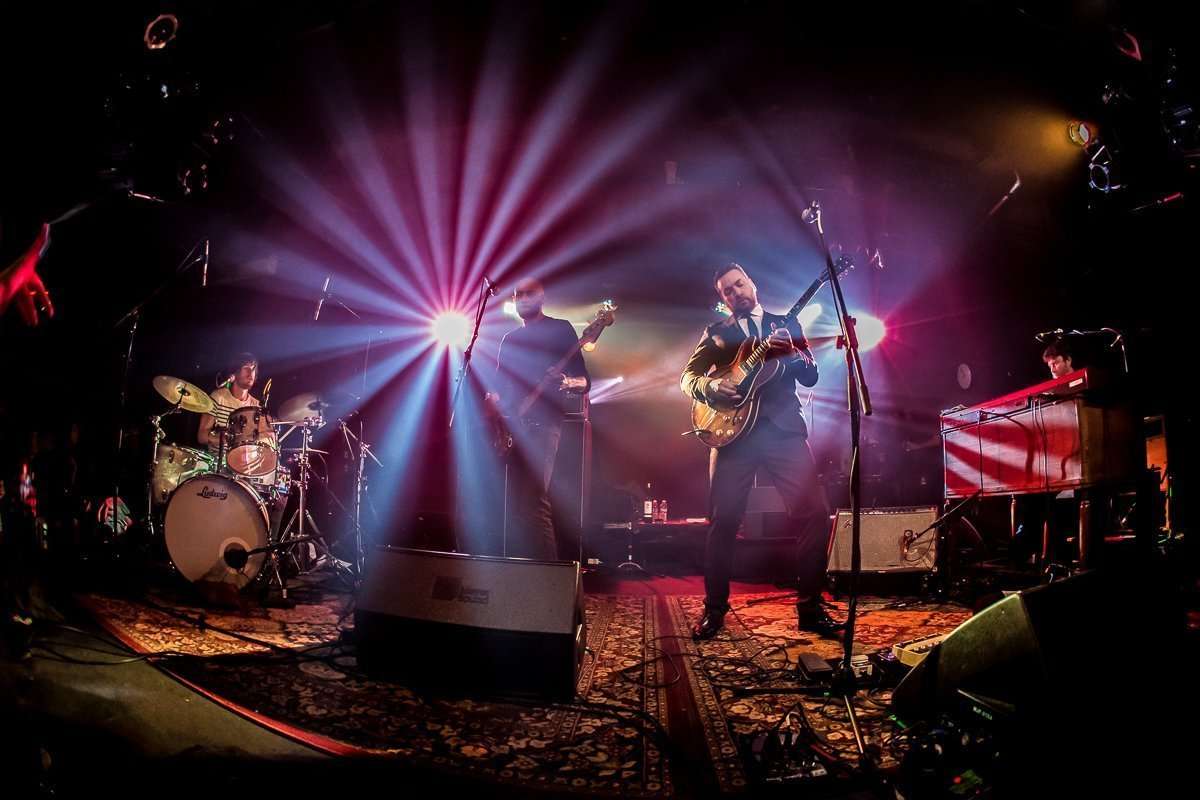 Keystone, CO. – January 22, 2016: It’s game day; Sunday, February 7th. You’ve enjoyed the best bean dip ever, you watched all of the new commercials and sang along to every Coldplay song during the halftime show. And, even better, Colorado’s home team has just won #SB50! We hope at least. Go Broncos! The celebration shouldn’t stop there. When it comes to post football parties, especially ones following potentially the most memorable football game yet for Bronco’s fans, Warren Station raises the bar with a SUPER concert starring the New Mastersounds. Chris Martin? Nah. Warren Station has the hottest band out of the UK and the future of music. After all, fifty years of football After-Parties can’t feature just any group. And, the “Super Venue” will offer a plethora of beverage specials including, “Super” half price beers if the Broncos win. No kidding!
Carrie Benefiel, Warren Station Venue Manager notes, “The Big Game After-Party with The New Mastersounds is a big deal for Warren Station. And, not just because of the game excitement. The band is one of the top acts out of the United Kingdom, and for the group to add Keystone to their tour is a serious, “wow”. The New Mastersounds have a history of sold out shows and caught wind about our fan-base. And let’s face it. The Warren Station crowds have truly been incredible over the years. So, don your orange and blue. If you are a Carolina fan or just love music, that’s okay too. Whatever you may be, just know that The New Mastersounds are simply too good to miss.” Tickets are available now at www.warrenstation.com at $22.00 per person. Prices increase the day of show. Doors open at 8:00pm with show time at 9:00pm.

The New Mastersounds rank among the preeminent modern soul and funk bands of their time. Having started out in Leeds, UK, the quartet tour the globe regularly, bringing their hard-charging, delectably greasy jams to all corners of the globe with a rabid fanbase that stretches from New York City to Tokyo, San Francisco to Amsterdam and all points in between. In 2015, they dropped Made For Pleasure—their most sprawling and ambitious record to date. The band’s core four—guitarist Eddie Roberts, drummer Simon Allen, bassist Pete Shand and organist Joe Tatton—are joined on the 11-track effort by guests including super fabulous soul chanteuse Charly Lowry, revered percussionist/vibraphonist Mike Dillon and the North Cali-based West Coast Horns, featuring tenor saxophonist Joe Cohen and trumpeter Mike Olmos.
Recorded in New Orleans and released via Royal Potato Family, The New Mastersounds high-step through the humidity and heat leaving no soul or funk touchstone unturned. Both the title track and “High & Wide” are drenched in The-Meters-meet-Lee-Dorsey Big Easy funk, while tracks like “Enough Is Enough,” “Joy” and “Just Gotta Run” are firmly rooted in classic soul sister rhythm & blues tradition; think Tina Turner, Ann Peebles, Betty LaVette. Super-charged by Eddie Roberts’ stinging guitar leads, “Cigar Time” and “Sitting On My Knees” take a decidedly soul jazz turn, diving headlong into Grant Green grit and groove. Capping off Made For Pleasure and further validating its title is a dubbed out reinvention of Iggy Azalea’s smash hit “Fancy” that cleverly turns the pop artist’s ode to materialism into a 21st century stoner anthem with the repurposed refrain, “I’m so irie.” The New Mastersounds know what feels good and deliver it in spades on their latest longplayer, and rightfully so, as it was, after-all…Made For Pleasure.