What’s the perfect mountain meet-cute? Have you ever dreamed of hitting it off with an attractive stranger on a chairlift?

The Keystone Neighbourhood Company presents the Couple of the Year: Chelsea, our Special Event Manager, and her now fiancé, Brett, have the mountain love story of the century that is too cute not to share. 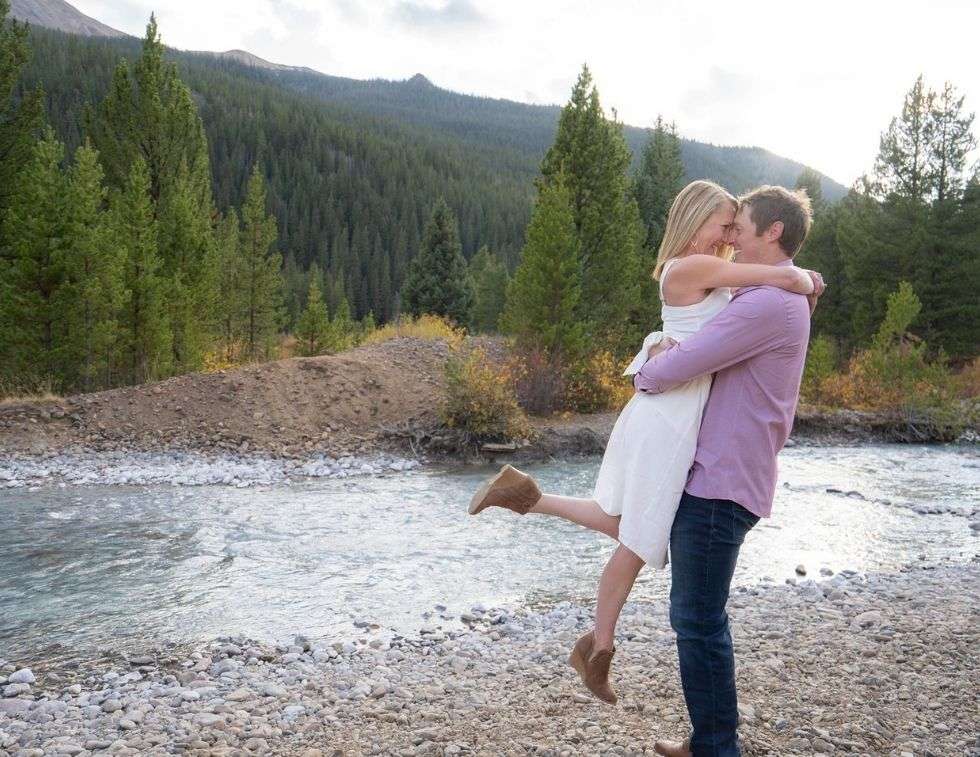 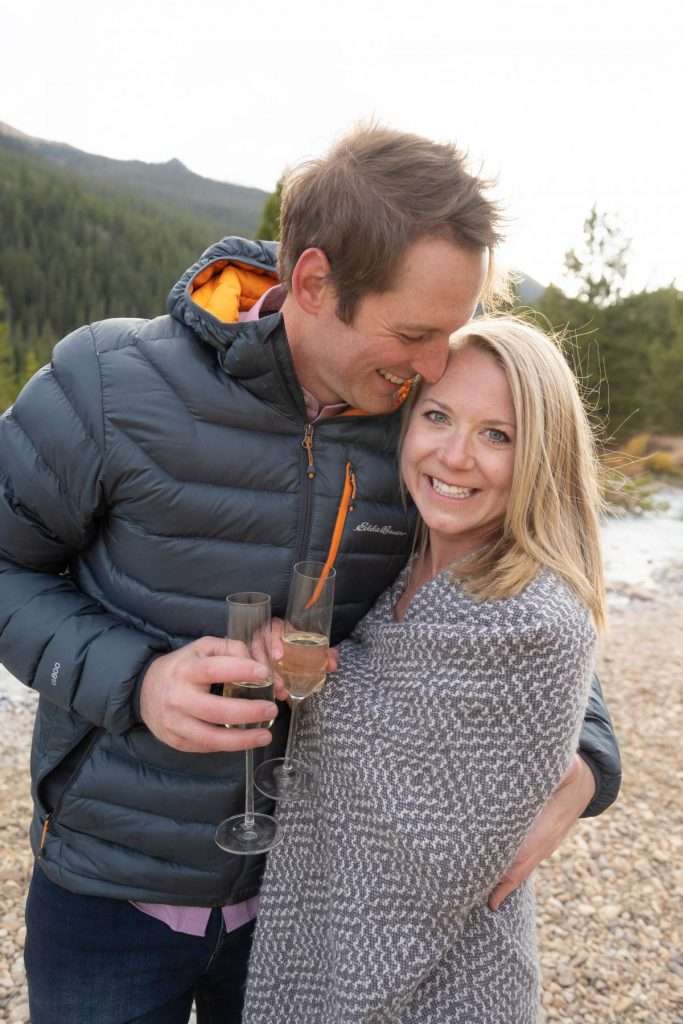 Chelsea was skiing with her sister, Brett with a friend, when he skated up to the lift line to make it on the chair with the two skiers about to load the lift. As they made small talk on the Larkspur Express Lift in Beaver Creek, Chelsea and Brett found out that they both worked at Keystone and even had a mutual friend. When they reached the top of the mountain, they parted ways and resumed their day of skiing, but neither could shake their first impression of one another.

After bugging their mutual friend to put them in touch, Chelsea and Brett finally met up again for taco night at Arapahoe Cafe. That night they got to lock eyes and check each other out off the mountain, without ski goggles for the first time. 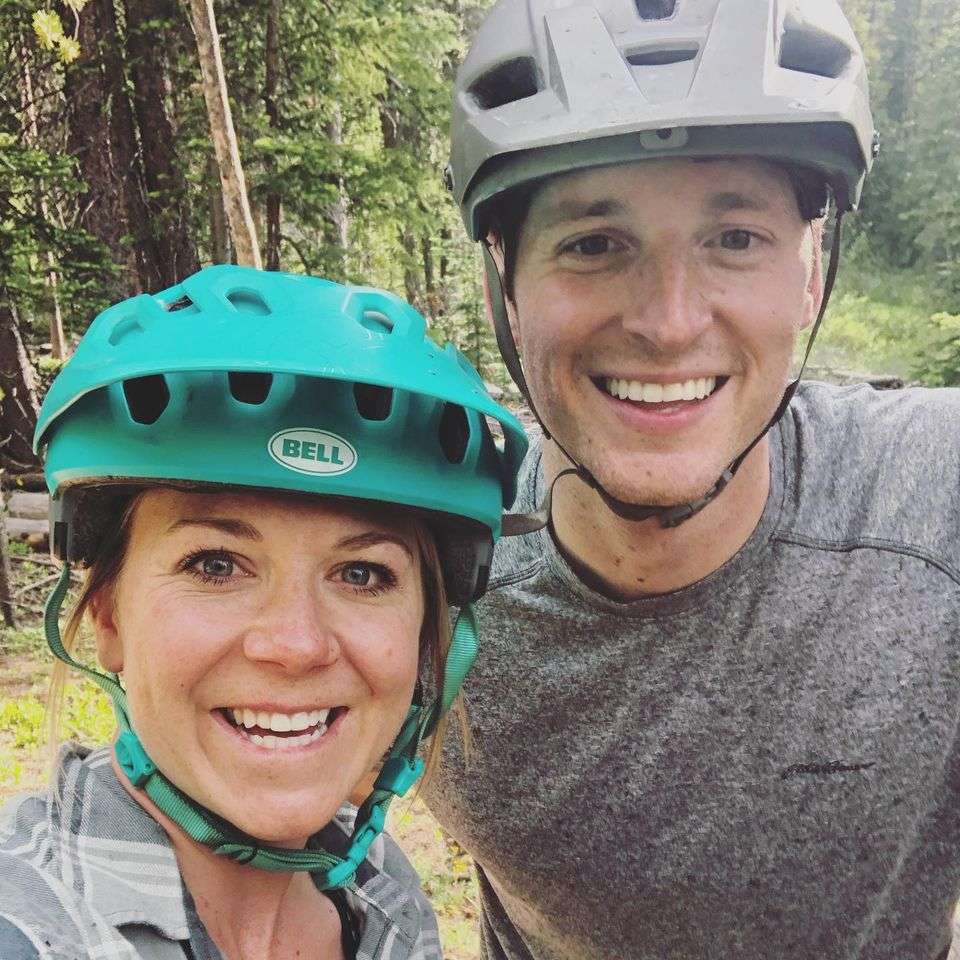 They liked what they saw, so Summit County-style, they grabbed their mountain bikes and went big for their first official date. They drove all the way over the pass to ride Lee’s Way together in Vail, CO. Both were ready to show off their mountain biking skills while appraising the other’s outdoorsmanship. Nervous for their first date, Chelsea got a little heavy on the gas pedal and actually got pulled over for speeding! Luckily she sweet talked her way out of a ticket (good at first impressions anyone?!) and the rest of the date with her new mountain love was effortless. 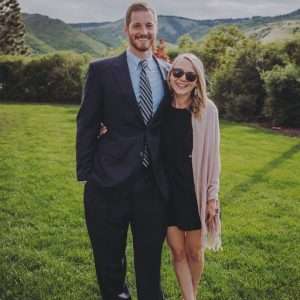 So effortless, in fact, that Brett clutched the plus-one invite to Chelsea’s friend’s wedding just a few weeks later! He booked them an extra night at the hotel in Denver. They spent the weekend together, going for another bike ride, savoring delicious food (a passion they both share), and getting to know each other’s friends.

They both cleaned up nicely for their first official couple picture (left), and the rest, they say, is history!

After skiing, rafting, cooking, mountain biking, hiking with their dog Eddy, climbing and laughing together for over a year, Brett knew he was ready to make his forever move with his mountain love. He also knew how loose-lipped her family is, so he planned the proposal with his mom. He secretly measured one of Chelsea’s rings to figure out her ring size and had his mom resize his grandmother’s ring to fit her finger perfectly. Afraid the word would spread if he told anyone, Brett kept the big news to himself for months. He planned to propose on a Colorado River rafting trip with her family. Finally, the morning they left for the trip, he asked her father for her hand in marriage and told her mother his plans. Chelsea’s dad shed a tear and Brett got the approval to ask her to marry him.

The second evening of the raft trip, Brett convinced Chelsea to go for a romantic sunset swim in the river. They walked down to the rafts to grab their PFDs and as Chelsea turned back around, he was down on one knee, asking her to say yes to forever. She, of course, said yes, and the celebration of their mountain love continued through the rest of the raft trip and never stopped.

Like many of our upcoming Warren Station brides, Chelsea and Brett will be saying “I Do” next September in the mountains! We are so happy for Chelsea and Brett along with all of our couples and can’t wait for the 2021 wedding season to begin! 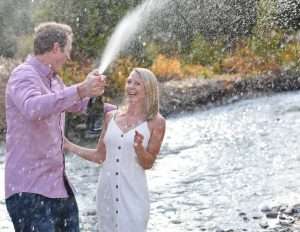